8 things you didn’t know about me 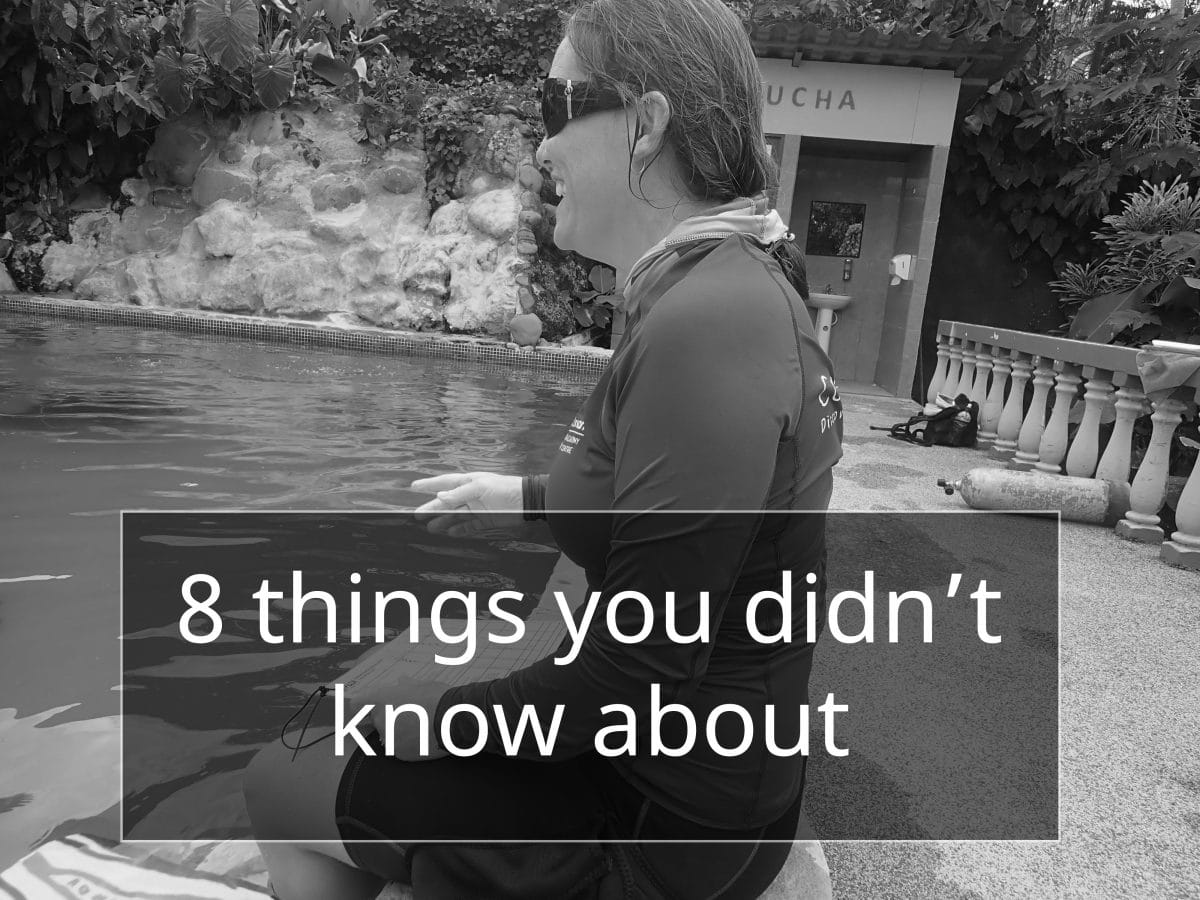 As a PADI course director and scuba instructor there is always a professional persona that is presented to my students and clients. Not saying my other side is completely unprofessional but there is certainly a part to me that people rarely see. So I thought I would share and enlighten you on some of the lesser known things about me. Shows as ever that everyone is human and there are always different sides to people.

I am a science fiction and fantasy geek

Yes, well and truly. I love it, especially Star Wars which I can happily quote all day. Bring on episode 9 please. Also, do not get me started on Game of thrones. The countdown is on. Both of these have been known to pop up in my PADI IDC programs, especially when looking at fun and interesting training aids.

My first dive experience was in Bali after completing a 6 week program surveying orangutans. My summers previous to that had always been filled with animal projects none of which were underwater or around the water. I camped in Zambia, helped cheetahs in South Africa and used to work summers at the local wildlife park. That’s how I envisioned my life. Working in conservation around the world, but with terrestrial animals. How life changes?!

I used to be scared of scuba tanks

I think until my divemaster program, I had this weird fear that a tank would explode every time I opened it. Extreme I know. I would cringe whenever I turned them on. And then somehow I got into scuba equipment repair. Fear reignited when testing a new regulator but it soon calmed down obviously!

I could not clear my scuba mask

After my open water program I was still not a fan of clearing a mask. This continued on until I began my PADI Divemaster program. It got so bad that I would dive a whole dive with a fogged up mask as I didn’t want to let water in it to then clear it. My view of my first 30 dives was somewhat clouded up but I eventually got over it!

I failed my Skills and environment exam during the IDC

Yes, the easiest exam of the IDC and I failed it. Why would I need to revise that when you are supposed to know it all? Well, there you go. I did need to revise it. Some tricky questions in there and proves that you shouldn’t ever get complacent about exams no matter what they are.

During my Course director program I had a buoyancy meltdown

During an open water session I decided not to change my tank between dives. I had “plenty of air” and didn’t think I would be in the water much longer. Whoops. The session went on and by the time we were on the last candidate role playing as an instructor I was down to around 500psi on an Aluminum 80. As you know they become buoyant and as I never dive with an 80, or go low particularly I wasn’t prepared. Cue, getting asked to hover. Up floats my tank along with me. It took me 3 attempts and a LOT of breathing out to hold a 1 minute hover. Stressed, but managed at least.

My plan was not to go into scuba diving. I was working on my Masters degree, and after being offered a job in the conservation field I thought that this was my opportunity. Alas, (or maybe yeah!) it did not work out so I instead headed to Honduras to complete my Divemaster program. The rest, they say, is history!

To start the Masters program that I wanted I needed to get accepted into it. I did not have a high enough grade to get in, from too much slacking off in my second year of university, mostly around the TV watching Buffy the vampire slayer amongst other things, and couldn’t make it up. I contacted the head of the program and went to chat with him and managed to convince him to accept me. Lesson here, if you want something bad enough, don’t give up on it.