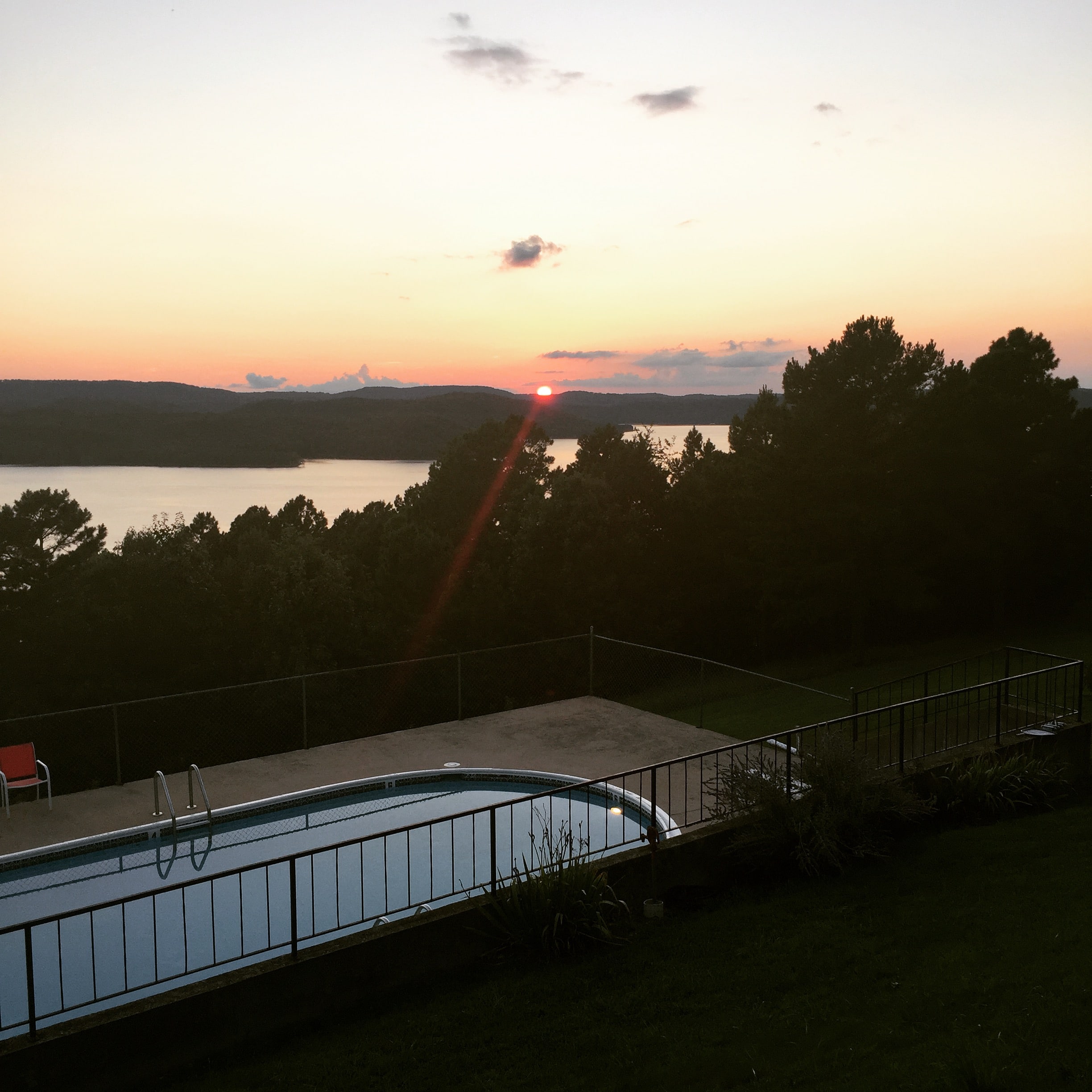 The beautiful month of August and my apologies for being rather lax in the updates. I thought I would explore a little further afield this month before heading into the August IDC in Costa Rica so I am in the beautiful mid west of the United States. This past weekend we went fun diving in Beaver Lake. A fresh water lake up in the Ozarks, an area of the country that I had never had the joy of visiting before. It was beautiful, that I will say and I was very much looking forward to diving in a lake. Really?! I may hear some of you enquire, but yes, very much so. Whilst I know that I am spoilt and scuba dive in the ocean regularly, it is nice to look at a different ecosystem every once in a while, and the lake is certainly that. Beaver lake is a popular diving destination for the midwest and it was busy when we arrived for out first dives. I was informed that throughout the area we were in were a number of sunken objects, a boat, a jetski, even a toilet with a skeleton on (that I would’ve liked to have seen). In addition to that was a lot of wildlife obviously. freshwater fish that I haven’t seen before. I was warned that it could get cold, a being the giant chicken I am when it comes to cold water I certainly suited up to the nines with my 7mm suit and hood, boots and all. I was also warned about the visibility but having dove in various conditions over the years I wasn’t too worried about that and I was right. The first 20ft were clear, and then we hit a murky layer for about 10ft, and then under that it opened up beautifully to around 30- 40ft. But oh was it cold. It was around 65F, which I know is not that cold in the general scheme of things but when you are used to 80F average it is. I saw some cool perch and little silversides (I think that’s what they were called?!) but didn’t get to see a catfish : (

Sunken boats and all it was fun and we managed to get our training done for sure. I cannot stress enough though to not forgot your gloves. My hands were so much more thankful for that than anything else!

We did a trash pick up on both of our dives which suprised me, as with all the signage, and the fact that the lake is used for drinking water, people still choose to drop trash in it. With the Dive for Debris specialty you can then pick up the trash but take a recording of what and were and post it to the international database where they can keep a record of where and what is being done. Make a difference when you dive, everytime, it doesn’t take much. Anyway, we did our bit and cleaned up on our way out, added that extra fun to the scuba dive too! Next time I hit a lake I will be doing the same and maybe we can all do our part.