Feeling Golden whilst Tec diving with the Ladies in Costa Rica 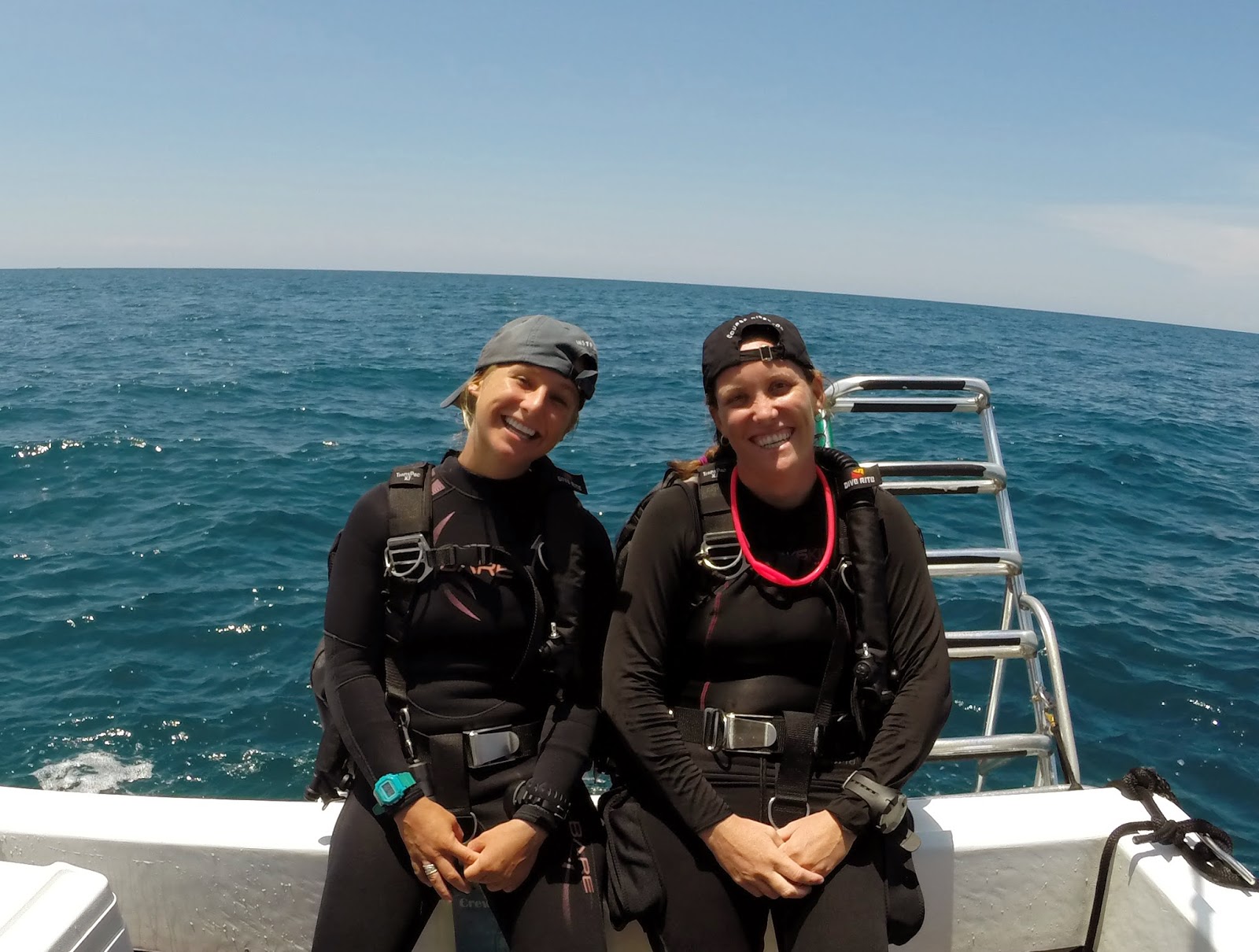 What a crazy couple of weeks. It seems that the Tec diving boom has hit +Oceans Unlimited & Go Pro Costa Rica . I have just finished up another Tec Deep class which was preceded by a Tec 45 class. This is the second group of technical diving classes we have run this year so far at Go Pro Costa Rica and I know it won’t be the last as I already have my next students knocking on the door eager to get going. The advantage of Quepos and Manuel Antonio is that we have deep dive sites just offshore so I can run training without traveling to far. To finish off our Tec 45 class we decided to do some offshore diving and hit Veinte Seis for a staff trip. All of our practice decompression dives , preparing, skill practice etc was ready to go as we headed out from port. 2 dives at 42 and 41 meters, schools of jacks, sharks circling, what more do you need? We’ll scrub the failed attempt at retrieving an anchor along the way! I have the add that the temperature was 19C / 65F at the bottom which is freezing! I’m sure some of you would think I am being wussy, go ahead, I don’t care, I am not used to diving in those temperatures. Fun dives though! I finished off the Tec 50 course yesterday with 2 local dives down to 45m and then 42m. It was bloody freezing down there once again and to add to the amusement I decided on the bottom we could have a good game of Tic Tac Toe (noughts and crosses for you English out there!). I lost my one game, the guys played with a better result I feel. More importantly, the dive plans were run exactly, liftbags were deployed and everybody did a very nice dive profile. Now for some more practice! Tec Sidemount classes were also completed which was a fun first for the dive shop.  I have to say I was feeling a little bit rebellious this week after seeing a survey posted by a fellow shop here in Costa Rica, asking if women were supposed to be tec diving? Really? Are we still living in the stone age? With my 2 fellow female instructors in tow, one who is also training to be a tec instructor, we could think of many colorful opinions to write in response to that! Ooooh, and more fun….I got my gold course director rating…Yeee haa!
A week left now before heading off to Kansas for the next IDC and then back here for the April IDC which starts on the 14th April and signals the end of the high season here…ho hum. looking forward to a summer season packed full of madness!!! @go